Sometimes, all it takes is time. While hammering away at my keyboard for NaNoWriMo, a momentary lapse in concentration had me hunting through old files for my very first Nano effort. 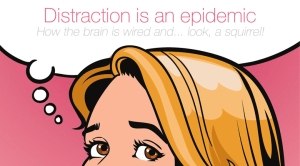 Granted, it doesn’t take much to distract me, but this story – The Nasrid Charm – just won’t lie in the shadows.

I think it comes to mind at least once a month, and especially during Nano prep or writing.

There  has to be a reason for this, don’t you think?

I’ve never been one for muses, and am rather envious of those who suffer at the hands of an attention-grabbing muse. So, why will this story not just sit back and let me get on with my writing? Maybe, this is its time to shine.

I’ve restructured  this story a gazillion times, taking it from a single novel to a series of novellas, but nothing has ever felt right. When I wrote this back in 2011/12, it drew me into the world of fiction as a writer, rather than the avid reader I was and still am.

Problem was, I was rubbish at it. I had no idea about POVs, or voice, or exposition – I was a victim of my reading material and spewed out some particularly purple prose. in my mind it was a case of putting words onto the screen and telling a story.

Okay, so shoot me. I made the ultimate error, assuming anyone could write a book. (Although, that is true, anyone can write, but whether they should is a different matter. I shouldn’t have … then)

Hopefully, I’ve learnt a thing or two since then. So with that in mind, I am bringing The Nasrid Charm back out of the darkness, blowing away the cobwebs and re-writing it as it was originally meant to be – but with a tad more knowledge and – fingers crossed – a little more skill than I had back then.

I know I’ve said this before – in fact, only a few months ago (or was it only weeks?) I posted that I was rekindling the story in series format. 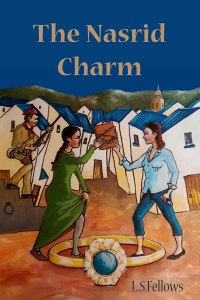 I recall being so excited about this story back in the day, I even got a local artist to design this cover.

I loved his style – still do – and admired his interpretation of those white-washed Spanish villages. (I’ve learnt a bit about what makes a good cover too!! – heck, we all make mistakes, don’t we?)

Can you tell the genre from this? Ha ha! I have to laugh myself – it’s pretty dire, isn’t it? Oh well, things can only get better, right?

Bubbling with enthusiasm, I posted excerpts for critique and … hmm, you can guess the rest. Suffice to say, I discovered there’s more to writing a good story than just putting words on paper.

This time, I’ll do the story justice – while maintaining the essence of the original story though – and it’ll likely involve a complete re-write – but I reckon I can do it now.

In the meantime, I’ll get back to my Nano draft which, I’m pleased to report, is looking quite healthy.

Like I said, sometimes it just takes time … and work, lots of work.

Look out for more news on my progress with The Nasrid Charm in 2018.