Blogging from A to Z

Theme: Languages of the World

Finnish (Suomi) is a member of the Finnic branch of the Uralic language family. It is not an Indo-European language. It is spoken by 4.7 million people in the Republic of Finland, as well as in Canada, Estonia, Norway, Russian Federation, Sweden and the United States. The total Finnish-speaking population of all countries is estimated to be close to 5 million people.

Finnish is statutory national language of Finland. It is spoken by a majority of Finland’s population. Finnish is also recognised as a minority language in Sweden and Norway. It is one of the official languages of the European Union.

It also has over 40 words for ‘snow’, here’s a few … would you be able to tell the difference? 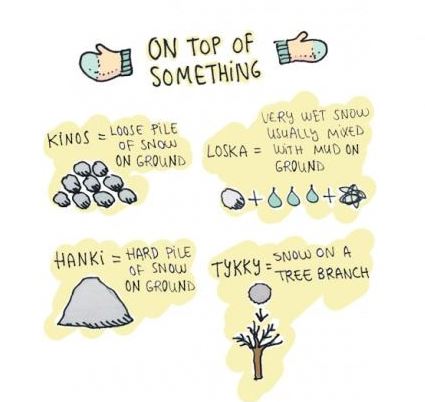 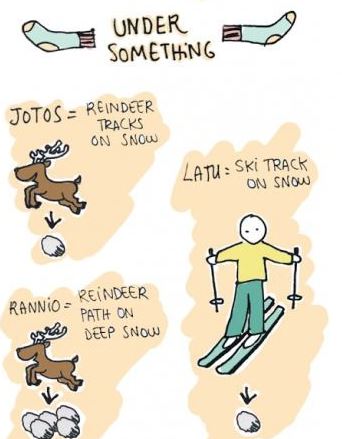 In Finland, speeding tickets are calculated on a percentage of a person’s income. This causes some Finnish millionaires to face fines of over $100,000.

There are about two million saunas in Finland, enough for the entire Finnish population to take a sauna at the same time.

They have ‘National Sleepy Head Day’, where the last person in a family to wake up is thrown into a lake or the sea by the rest of the family.

Finland hosts the Wife Carrying World Championships every year. In which men attempt to carry their wives through an obstacle course the fastest, with the grand prize being his woman’s weight in beer.

Every year, Finland increases in surface area by about 7 square kilometre because it is rebounding from the weight of ice-age glaciers and rising out of the sea.