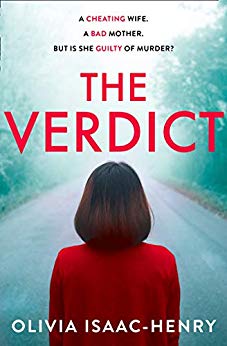 A cheating wife. An estranged mother. But is she guilty of murder?

Please raise your right hand.
An affair at work has cost Julia Winter her job and her marriage. There’s no denying she has let her family down.

Please remain standing.
When a body is discovered on the North Downs, it hits local headlines. But for Julia, the news is doubly shocking because the body was buried just opposite the house she lived in over twenty years ago. And it is one of her former housemates.

Please resume your seat.
Up on the stand, Julia’s not the only person to have secrets that are unearthed during the trial. But the evidence against her is overwhelming.

And yet one question remains: is she the murderer, or the victim?

Jurors, you may be excused.

I’m a sucker for a courtroom trial, so the blurb drew me in instantly. It was quite some time before the story got to the trial stage and I did think I’d missed something key in that summary to the effect that there would be no trial …and then it came. Oh happy days! It was worth the wait, well worth it.

The story runs along multiples timelines, primarily 1994 and 2018.
In 1994, Julia Winter has broken up with her boyfriend, Christian, and needs to starts afresh somewhere new. Unfortunately, she can’t get over the fact that he dumped her for another girl, and so in her haste to get away, prove she is strong and independent, she takes a room at the home of Genevieve D’Auncey in Guildford. It is here that she meets Brandon Wells, the man she is later accused of killing. Other tenants are also included in this act – Alan & Gideon – and the three are on trial for Brandon’s murder when his body is found in 2018.

Genevieve is a strange lady, grieving for her missing son (she clings to the fact that he may still be alive following an accident in the Alps) and, as a result, she takes a shine to Brandon. This favouritism leads to some animosity between other tenants, and her sister, Ruth, is particularly concerned about his affect on Genevieve.

When Genevieve takes her own life, the tenants eventually disperse and carry on with their lives. But the situation left behind comes back to haunt them.
Initially, Brandon is accused of theft and his disappearance explained as such, but when his remains are found on the Downs some 23 years later, then the mystery is reignited.
DNA points to Julia being involved, and Alan and Gideon are accused too. The three of them face trial, their legal defences all agreeing that none should testify.
The trial that follows is fascinating and dramatic as twists and turns reveal yet more secrets and potential scenarios. It is here that the reader finally learns the truth about the events leading up and after Brandon’s murder. It is here when the real personalities of the three tenants are revealed, none of them are hugely likeable, some more monstrous than others, but the way the author delivers this information is sublime and kept me hooked. delivering
There is a very clever twist at the end with an unexpected yet satisfying outcome.

I received a copy of this book from Netgalley and have to express my thanks to the author, Oliver Isaac-Henry for such an entertaining story, and to the publishers, Avon and One More Chapter, imprints of Harper-Collins for enabling this chance to read such a fabulous book. 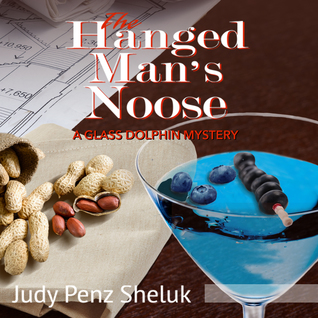 Journalist Emily Garland lands a plum assignment as the editor of a niche magazine based in Lount’s Landing, a small town named after a colorful nineteeth century Canadian traitor. As she interviews the local business owners for the magazine, Emily quickly learns that many people are unhappy with real estate mogul Garrett Stonehaven’s plans to convert an old schoolhouse into a mega-box store. At the top of that list is Arabella Carpenter, the outspoken owner of an antiques shop, who will do just about anything to preserve the integrity of the town’s historic Main Street.

But Arabella is not alone in her opposition. Before long, a vocal dissenter at a town hall meeting about the proposed project dies. A few days later, another body is discovered, and although both deaths are ruled accidental, Emily’s journalistic suspicions are aroused.

Putting her reporting skills to the ultimate test, Emily teams up with Arabella to discover the truth behind Stonehaven’s latest scheme before the murderer strikes again. 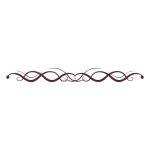 Emily Garland has a personal reason for agreeing to a new assignment in Lount’s Landing, where her boss wants her to keep an eye on the activities on Garrett Stonehaven. She heads to the small village outside Toronto as the new editor of a local magazine acquired recently by the company she works for.
Stonehaven has bought the old school building, initially to turn into a condo, but it soon transpires he has other plans. And that is when those who were once in support of his condo plans now start to voice concerns now opposing Stonehaven’s “megabox” development. When one of the more vocal dissidents dies from a peanut allergy, then suspicions are raised. His allergy was well-known and he always carried an epi-pen, so how could his death have occurred?
By now, Emily has befriended Arabella Carpenter, owner of the antiques stores – The Glass Dolphin – as well as Johnny Porter, a key advocate for ensuring prosperity for the retailers on Main St. A second death only adds fuel to the rumours that something more nefarious is in play.
Together, Emily and Arabella ask questions, and when the answers are not forthcoming, a look into the past of some of the residents suggest that Stonehaven is up to his old tricks.
There are links aplenty, secrets galore, and a plethora of clues to follow as the duo’s investigations truly takes hold.
Their blossoming friendship hits a few bumps as both Emily and Arabella have their own stories to tell, yet the determination – come what may – to get to the bottom of the deaths (of which there are more to come) leads them into danger.

The story develops at a good pace with an intriguing mix of characters – loyal friends, gossips, old-timers with hidden depths – all of whom are both entertaining and worthy of their places in the story.
A great mystery to follow, with plenty of clues to solve on the way. The ending works well, and leaves scope for more adventures. Another great mystery from Judy Penz Shulak, and the start of what will undoubtedly be an amazing series.

Great narration – very clear and easy to follow.
I received a copy from the author and have made the review voluntarily.

Follow Just 4 My Books on WordPress.com
Join 3,997 other followers