Are you missing something?
Did you forget to sign up?

Don’t worry; there’s still time ….and even if you decide not to, I’m still going to share these treats with you, because that’s the kind of gal I am. Okay, so “gal” is pushing it, “oldie but goodie” is more like it 😉

If you’re still wondering what I’m talking about, then let me clarify.

You Missed My Newsletter!

and, boy did you miss a lot. So, in true Blue Peter style, here’s one I made earlier (if you want to sign up for the next one in September, here you go!)

Hi there,
how are you doing? Is the “new normal” treating you well? Here, I’m so happy to say life is pretty good; masks are mandatory in public, and social distancing is still possible despite the steady increase in tourists. I’m getting so much better at reading body language ..and, eyebrows! Who knew how versatile they could be?

Can you believe we’re in July already? This year has been bizarre, so here’s a blast from the past to bring a smile to your face. Do you remember when comics and magazines used to do a bumper summer version with headings like this?

The kind you could take on the train or the plane to read and it would last the whole journey? Okay, I’m talking of life before Kindles here (other e-readers are available too) and clearly showing my age.

You may well ask … simply because this is a bumper “holiday” edition of my newsletter, with more goodies than ever. You’ll be glad to know it’s not 100 pages long though. Before I start dishing out the sweeties, I’ll give you a super short update on the stories I’m working on.

First up, I’m close to completing Just a Simple Little Painting, the third book in The BlackLeaf Agency Series, aka the “cozy mystery with a hint of psychopath” series. I’ll have more on this next time, but I had such fun with this one. Here’s how it starts:

Honey traps, lost dogs and the disappearance of a large marrow were the first cases that came in to the Blackleaf Private Investigations Agency.
‘Living in a village has its downsides,’ said Fern, clicking away at the spreadsheet listing the six jobs they’d completed successfully since they’d opened their doors only five weeks earlier.
‘Yeah, who knew Framleigh would be such a hotbed for Lotharios?’ Raven laughed, moving behind her business partner and friend to assess their small-and-very slowly-growing task list.
‘I’m not sure we can include Mr Walsh in that category. He was only taking dance lessons to surprise his wife at their fortieth anniversary. I don’t think he intended to disappear off on a Caribbean cruise with that salsa dancer.’

I’m also halfway through the first draft of a standalone story, They Called Me Susan. It tells how a young girl discovers the truth about her ‘parents’ when the police come knocking. This is an emotional tear-jerker about the effect of child-trafficking on two families and has been quite the roller-coaster to write. To sum it up, here’s the pitch:

Eight-year-old Susan adores her parents, so when they’re arrested she’s convinced the police have the wrong family.
They don’t.
But she does.

Let me know what you think? If you’d be interested in joining my Advanced Reader Team, reply to this message and I’ll be in touch when the time comes.

The only real “news” though is that I’ve been plotting a new series.
You’d be right to roll your eyes!
How does this sound? A historical mystery series set in the 1900’s with wannabe suffragette, Lady Eleanor, who refuses to attend the Court of King Edward VII as a debutante and is sent away to live with her Great Aunt Lydia to reconsider her conduct. Luckily for Eleanor, Lydia is a free spirit, and a wanton traveller at heart. She plans to spend her 60th year on Earth in the Med, island hopping, and is delighted to take Eleanor along with her. Mysteries abound featuring gem smugglers in Malta, a red coral curse in Cyprus, and murder in a maze of olive trees in Menorca.

Are you getting the European vibe? Is it subtle enough? Sorry, but I can’t resist it. As a continent it offers so much variety …and who knows, maybe I’ll get to take some more trips, for the sake of research of course.

Of course, there’s more to come from The Cold Case Crew too, the next story for the students-turned-sleuths is Stranger Danger (If you still haven’t claimed your free copy of the series prequel, then here’s the link again)

It’s all a bit weird, right? The things that go through my mind… it’s quite scary, really.
So, who’s ready for some treats? Starting in the “cozy” zone, here are a couple of mysteries that’ll see you breeze through the summer (or winter, if you’re in the southern hemisphere) with a smile on your face:
Paradise Down

Welcome to the island of Kaua`i where things under the water could make you rich or get you killed!

Lucia Santerez puts her education on hold and returns home to help her brother Nicholás run his new dive shop. When she arrives, he’s nowhere to be found. She’s told he’s run off with his girlfriend without a word to her.

Befriended by a vacationing firefighter and twin elderly sisters who run the C’Mon Inn B&B, together they try to unravel the mystery of her brother’s disappearance. They soon learn someone doesn’t want him found.

Aloha Nicholás! But will this be a hello or a goodbye?
Ouija, Death & Wicked Witchery

Welcome to Bohemian Lake, where murder and mayhem can be rented by the room. Mallory Vianu, manager of Caravan Manor, attempts to summon the spirit of a loved one for guidance. Unfortunately, she seems to have connected with someone else instead–the town’s most notorious killer, a 17th-century witch hunter as dangerous as the torrential rains rolling through Bohemian Lake. Not great news, given Mallory’s family is currently hosting Hexfest: A Weekend of Witchery.

Perhaps the keynote speaker, Sylvia Broome, the world’s leading paranormal expert can help. But when the head witch Sylvia, herself, goes missing, Mallory fears the witch hunter she’s summoned back from the dead has started a modern day witch hunt.

As more witches come under fire, Mallory and her powerful posse begin to work with the town’s historical society, unraveling a three-hundred-year-old clandestine love affair, a plot for revenge–and a mysterious descendant hidden right in the manor.
If cozies are not your thing, then how about “mystery and crime“? From traditional detectives to Scandi crime and everything in between, there’s something thrilling in store here. You can even win a $25 gift card too. 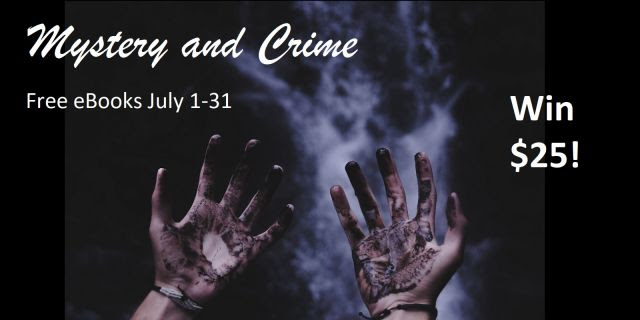 And, for those of you who you use Kindle Unlimited, why not check out these short reads and try a new author?

Note these may require you sign up to receive the author’s newsletter in order to receive the free book.Finally, I have a couple of really special stories to tempt you to the dark side.Two of my very favourite authors, whose books I can never refuse. I hope you’ll feel the same way.

Well, hello, Sugar, my name is Joanna…
That’s the introduction that all my victims get. It’s nice to be polite.
Even serial killers have manners.

I know what I do isn’t normal, but I also know that I do the country a service.
And the world is better off with me in it. You’ll understand.
See, I was once the victim.
Hurt by the one who should have taken care of me.
Let down by the system that should have protected me.
Now I vow to help others, and if I have to hurt people to do it. I will.
Malice And Forethought by Felicia Denise

Well, that’s it from me for a while. I’ll see you in September. I’ll try not to melt in the Spanish heat, but it’s going to take a lot of iceceam. Talking of which, my new favourite dessert is waiting: No Churn Lemon Curd IceCream! Well, when life gives you lemons, what’s a girl to do? 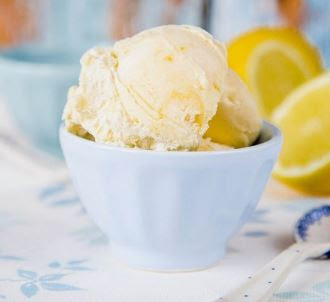 Take care, and stay safe.
Once again, let me thank new subscribers for signing up. It’s great to have you here. To my “regulars” who’ve been with me since the start, ¡Muchas Gracias! You are all superstars. 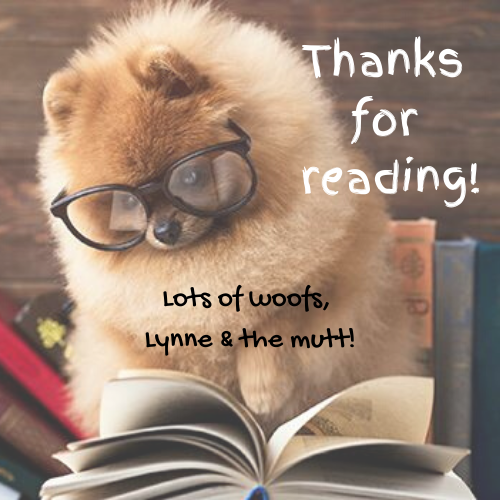 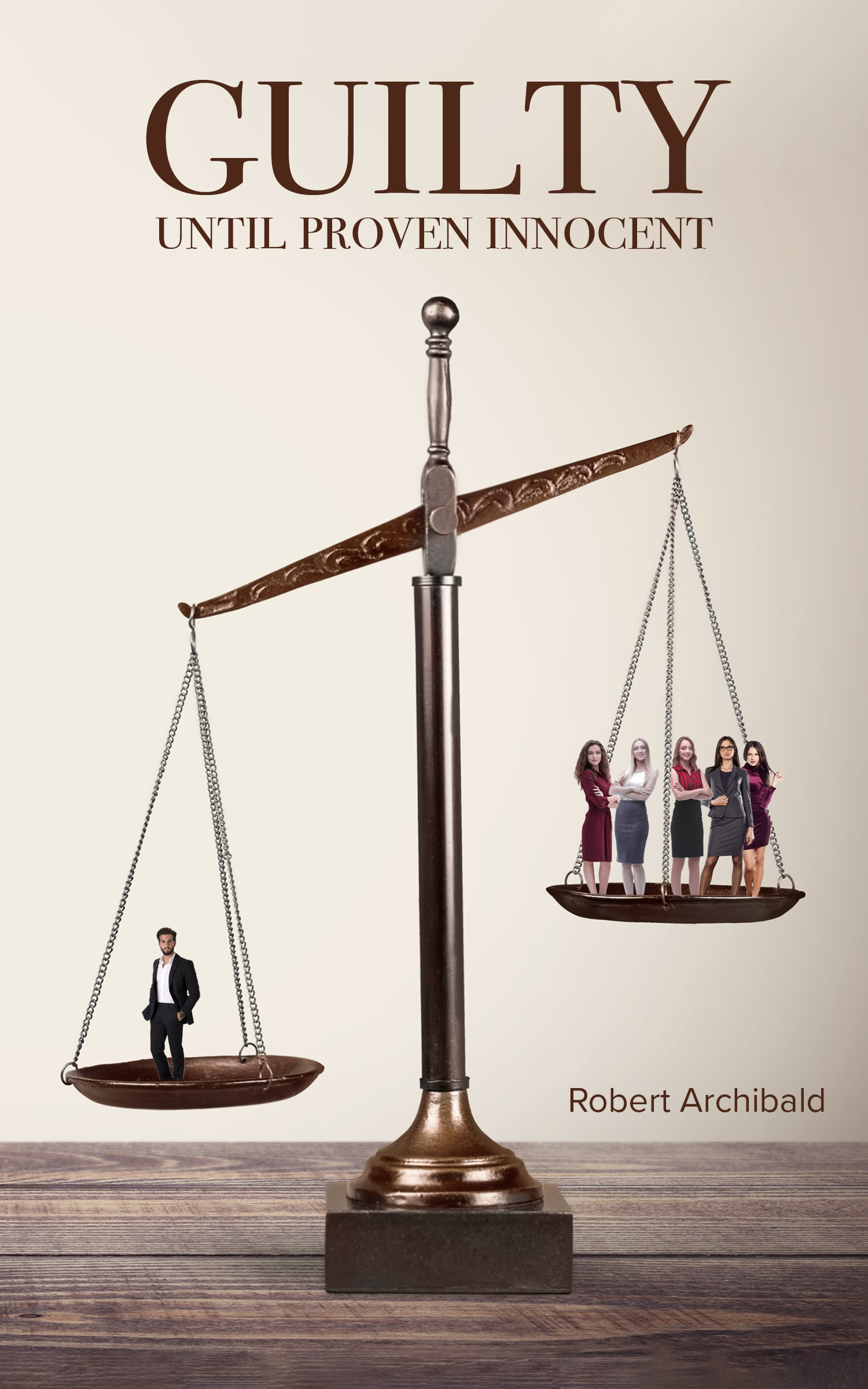 Check your email. Help is out there…
When Sherry and Beth discover what their boyfriends have been up to, they want in on the action. Working as vigilantes and providing justice for wrongs committed is a noble thing to do, but the women decide the stakes need to change.
Once again, the conflict is personal.
This follow-up to Roundabout Revenge follows former Professor Phil Philemon as he and his friends continue to seek elusive justice for victims who may not have been able to speak for themselves. Lurking in chat rooms, the group finds a large number of women who have been sexually harassed on the job. Sexually harassed in horrible ways. Harassed until their jobs, their reputations, and their sanity is on the line. And what they find is that the story of he said-she said is not always one that ends well.
But not everything goes as planned, and soon the four friends need to come to terms with a larger reality, including a crime of arson and an FBI investigation.
About the Author

Robert Archibald was born in New Jersey and grew up in Oklahoma and Arizona. After receiving a BA from the University of Arizona, he was drafted and served in Viet Nam. He then earned a M.S. and Ph.D in economics from Purdue University. Bob had a 41-year career at the College of William & Mary. While he had several stints as an administrator, department chair, director of the public policy program, and interim dean of the faculty, Bob was always proud to be promoted back to the faculty. He lives with his wife of 47 years, Nancy, in Williamsburg, Virginia.
Contact Links
Website
Facebook
Purchase Links
Amazon
B&N
a Rafflecopter giveaway https://widget-prime.rafflecopter.com/launch.js