The best part about being a writer is the writing (oh, and research – I

research), so it came as quite a shock when I realised that summer was over and I’d barely written a word.
The reason: Eddie & Marcia – aka editing and marketing (two words that fuel my procrastination like no others)

Editing, in the form of Eddie the Evil Reaper, is a natural by-product of the writing process, complete with scythe to chop away those words and trim your text.

He demands your complete attention, being one of those necessary evils. You just have to do his bidding and get on with it.

Fortunately, I’ve come to the end of the line and am now able to pass my WIP – Casualty of Court – onto my editor, who will no doubt cast the mighty red pen over all those changes I meticulously made in an attempt to make a silk purse from a sow’s ear.

Marketing, however, enters your life as a mischievous minx named Marcia, but who is known by the wise  as the very devil herself. Wearing a shiny dress and flapping her gossamer wings she offers all the treats in the world if you, the author, deign to share your book with her. She teases you with images of glittery success, forcing you to promote your stories in places you would otherwise fear to tread – SOCIAL MEDIA!

I played along though, running a promotion for Lacey’s Law that garnered more downloads than ever before. However, it didn’t translate into reviews, so Lacey continues to die a death in obscurity. Personally, I think Marcia is jealous of Lacey and so spiked the whole process – promising the world in one hand and then taking it back before any benefit could be found.

Magic O’Clock had much more success with The Story Cartel, where in a month it received several new Amazon reviews across different countries. The same could be said of Goodreads where Magic had a  growth spurt as well as featuring in some wonderful – and I truly mean fabulous – blog posts. Not even Marcia could knock the shine off Magic’s time in the spotlight.

But now the marketing must take a backseat as I work towards bringing Fern & Raven back into the limelight. The prequel – A Fifth Wheel – has been well received, but it’s time now to tell the rest of the story. Casualty of Court (as mentioned earlier) has gone to the editor …which means I have time to write. Yay!

Heirlooms & Heiresses is now under construction, and Fern & Raven are back again, this time as private investigators in their own agency – The Blackleaf Agency. This story requires some research, so I’m mixing up my time, writing and planning as the story unfolds. (Naturally, there is no outline, but I just don’t … !)

And while that’s rumbling on, I’m polishing off another short story – To make the birds cry – ready for release in a couple of months.

It’s great to be back at the writing stage – although I know Eddie and Marcia will return to spoil my fun in the not too distant future.

But in the meantime, I can safely say – too busy to write? Not me!

Better late than never, but I’m happy to report that progress in week two was even greater than expected. 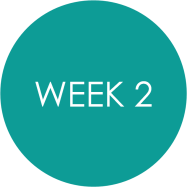 But, best of all – i can see the end and I LOVE where this WIP is going.

The Blackleaf Agency Series is not far away now.

On a more sober note, the story I’m plotting – yes, plotting – for  the prompt series is taking me down one of my most favourite path:

and so I’ve registered for a course to see how medical treatments are discovered, tested and evalua

ted. You could say I’m researching the researchers 🙂

Anyway, enough clues to the topic of the story!

The key to any great story is in the detail, isn’t it? If the facts are questionable – and worse still, wrong – then the whole story is tainted.
No-one wants to read a mystery story and find the plot to be a complete joke because the author hasn’t bothered to find out how certain procedures work and has just glossed over the facts to reach an unconvincing – and laughable – conclusion.
As an avid reader, when this happens to me I am not only disappointed with the outcome, but I feel cheated. The story that was promised to me in the blurb description was all hype just to get my attention. And I hate it when that happens.
Does the phrase ‘it does what it says on the tin’ not apply to books too? Well, it should!
So, to make sure I don’t commit the same heinous crime of fiction myself, I have enrolled on a MOOC (Massive Open Online Course) entitled ‘Identifying the dead’ offered by the University of Dundee. Here, the whole forensics procedure is explained in an entertaining way – almost like watching your favourite TV show and seeing what the experts see as they build the clues to solve the murder.

The first step in any investigation involving a death is to determine the identity of the deceased. This free online course will take you on a journey through the world of forensic anthropology, unveiling the tools that will allow you to reveal that identity.

In the shadow of Dundee’s Law Hill, a grim discovery demands the attention of forensic experts. Unidentified human remains have been found and the police need to identify the victim to move forward with their investigation.

After a meticulous recovery of the remains, it will be your job to:

Experts from the University of Dundee’s award-winning Centre for Anatomy and Human Identification (CAHId) will guide you through the process of human identification.

Evaluate evidence as the case unfolds

Week-by-week, the case will unfold, providing you with more information about the victim. You will be presented with theoretical material and hands-on learning opportunities, to evaluate the case information and use what you have learned, to piece together clues to the victim’s identity.

You will be able to discuss, with educators and others learners, your thoughts on the identity of the deceased, based on your evaluation of the evidence.

Get your own copy of the murder mystery

After you submit your evaluation of the victim’s identity, all will be revealed at the end of the final week. You can continue your journey into the life and death of our victim in your very own ebook copy of a specially-written murder mystery by international best-selling crime novelist Val McDermid.

Can you use the skills that you will learn on this course to identify the dead?

Sound’s cool, doesn’t it? I cannot wait to get started 🙂

If you’re interested, check out Future Learn Courses, there’s bound to be something that interests you too.